4-day mini cruise to CocoCay, Freeport & Nassau on board Freedom of the Seas 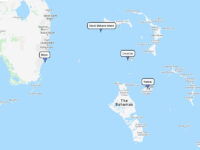 Cruises from Miami PortMiami, originally the Dante B. Fascell Port of Miami, is a significant seaport in Miami, Florida, located on Biscayne Bay. It is the world’s largest passenger port and one of the busiest cargo ports in the United[…]

CocoCay, Bahamas is Royal Caribbean’s private island used for tourism in an exclusive way located approximately 55 miles north of Nassau. The island was originally called Little Stirrup Cay but after Royal Caribbean took over the lease of the island[…]

All guests arriving on a cruise ship in Freeport Bahamas will be docking at the Lucayan Harbour, located on the West side of Grand Bahama Island (Freeport). Port Lucaya and its marketplace have evolved into the tourist hub of the island[…]

Nassau, the capital of the Bahamas lies on the island of New Providence, with neighboring Paradise Island accessible via Nassau Harbor bridges. A popular cruise-ship stop, the city has a hilly landscape and is known for beaches as well as[…]

The Bahamas cruises are fantastic ways to explore magical islands, beautiful beaches, crystal clear waters, fantastic food, among other things. Discover the best of the  Bahamas, visit CocoCay, Freeport and Nassau on this mini cruise with Royal Caribbean. Freedom of the Seas leaving Miami, Florida for 4 nights from March 6, 2023.